Two days isn’t quite enough time to discover, eat, and digest all of the food offered in a single district of Saigon’s twenty-four unique locales. Though not my first time in the popular Southern city, it was my first time actually wandering the streets of Saigon as a tourist. I had an unofficial tour through the different neighborhoods and finally experienced the bustling, tourist-laden streets of the area known as Backpacker’s District.

By no means is this an exhaustive list of all of the amazing Vietnamese food scattered around Saigon, but the following establishments are the ones I would return to without hesitation. The list below was recommended by locals via word of mouth or by visually observing a recurring dish patrons were ordering.

I promise the list will be expanded with several parts as I have no doubt there is more delicious food to be eaten! Please check back as I make more trips to Saigon and other cities in Vietnam on a search for extraordinary finds!

One of my favorite Vietnamese treats is called Banh It Tran (Ban-it-chrung) or sticky rice dumplings. The dough is made of glutinous rice flour (like mochi), filled with ground pork and a savory mung bean paste. The bite-sized ball was soft and chewy with a perfectly seasoned center. It may have been the best one I’ve ever had!

The other item (unfortunately devoured before the camera was out) which I surprisingly enjoyed were their spring rolls or Goi Cuon (Goy-koon). Order their goi cuon for a rice wrapper roll filled with thin slices of pork, shrimp, rice vermicelli, and a medley of crisp herbs. Besides the fresh contents of the meticulously wrapped roll, their incredible peanut sauce has to be the cherry on top!

This small establishment is one of those best-kept secrets. It doesn’t have a name or a storefront sign! Although it is located in a random alley away from the main street, I’ve actually witnessed the shop run out of food and turn away customers. Even I missed out on some of their popular dishes! Remember to come early if you want to try everything on their menu!

Note: I actually found the shop’s “name” from zooming in on Google Maps, so the best way to locate the shop is to use the address provided above.

Tucked away in an underground food market in Backpacker’s District, this shop is the place to stop by for fresh seafood. They have tanks with various live sea critters and each dish is cooked to order. My favorite is Tôm Rang Tỏi (thom-rang-thoi) large, plump prawns tossed in a sweet and savory sauce. The dish is perfected with a heaping amount of fried garlic (almost as good as the prawns to be honest!).

Pro-tip: This food hall is a great first stop if you are hungry and hesitant to venture through the busy streets of Saigon. There are different eateries that do a great job of introducing you to several dozens of Vietnamese dishes. I’ve tried a handful of foods from several stalls and have been satisfied with the taste and quality of most of the food.

If you wander out of District 1 into District 10 (which you should, just for this) you’ll find this amazing gem of a restaurant. This was a mind-boggling discovery for me as this is a soup I don’t order or crave. In the States, restaurants serve a similar soup called Banh Canh Cua which is made up of the same udon-like noodle with chunks of dungeness crab meat.

This restaurant specializes in Bánh Canh Ghẹ (ban-can-ghey) with flower crab that is fresh from the tank. It is then steamed and served whole right in the bowl. You’ll find a well-seasoned broth, chewy noodles, and the sweet delicate crab meat housed in its soft shell. I savored the noodles and flavorful broth first before diving into the flower crab. There is a popular green chili and sweet lime dipping sauce (the second part of their namesake, Muoi Ot Xanh) that accompanies the crab meat.  Prices for soup are dependent on the size of the crab.

After you have had a hearty meal of crab noodle soup, head over to this modest soy milk cart. Stationed on a corner in District 10, the cart serves a lot of students in the day and a variety of customers throughout the night. Before my visit, I was only exposed to three types of soy milk or sua dau nanh (suh-dow-naan): unsweetened, sweetened, and pandan infused. Here the owner serves seven different flavors of fresh soy milk beverages including black sesame, cocoa, red bean, green bean in either hot or cold versions!

Although the cart is eponymous of the owner’s name and soy milk, she also offers juices, coffee, tea, and milk tea if soy is not your thing. My highly recommended order is a warm, 24-ounce cup of lightly sweetened soy milk to-go. It is a comforting combination of smooth, sweet, and creaminess in a cup! (If you would like to order this it would be “Sua Dau Nanh Nong It Ngot” or “Suh-dow-naan-it-ngok” which translates to Hot Soymilk Less Sweet)

The beverages range between 10K – 25K dong which is about $1 dollar or less per drink!

Counting down the days until I can return and revisit my favorites from Saigon! I want more recommendations for my next trip, too! Calling those who have been to busy Saigon, what and where are your favorites?? Please share your exceptionally tasty finds below! 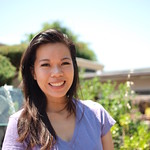 Asia Bites Czech Republic Diary Europe Hawaii Italy Japan Local New York Travel Tips USA Vietnam
Bites of Travel uses cookies to ensure that you get the best experience on this website. If you continue to use this site, Bites of Travel will assume that you are happy with it.Ok!NoPrivacy policy